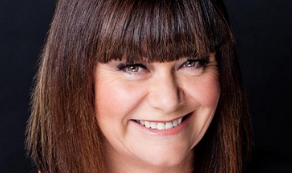 Created by Mark Brotherhood, who has previously written for ITV’s Cold Feet and Benidorm and Sky’s Mount Pleasant, the drama will star French as a woman who makes it her business to know everything that is going on in a close-knit coastal community.

After revealing a bit too much to a radio journalist, Maggie sees the effect of how her very public gossip-fest affects various figures around the town.

Schuster promised the series would be “in the tradition of Doc Martin with a cast of warm and intriguing characters”.

The commission comes amid uncertainty over comedy on the channel, with no sitcoms currently lined up for 2019 and doubt over the future of Jack Dee’s Bad Move.

Clarke-Jervoise, who is executive producing the series with French, described Glass Houses as “a cautionary tale for anyone wanting to gain popularity by passing on unfounded gossip” and said Brotherhood’s scripts were full of “intrigue, comedy and suspense”.

French most recently appeared on ITV as host of shiny-floor format Little Big Shots and her most recent lead acting role was in Sky i’s drama series Delicious.