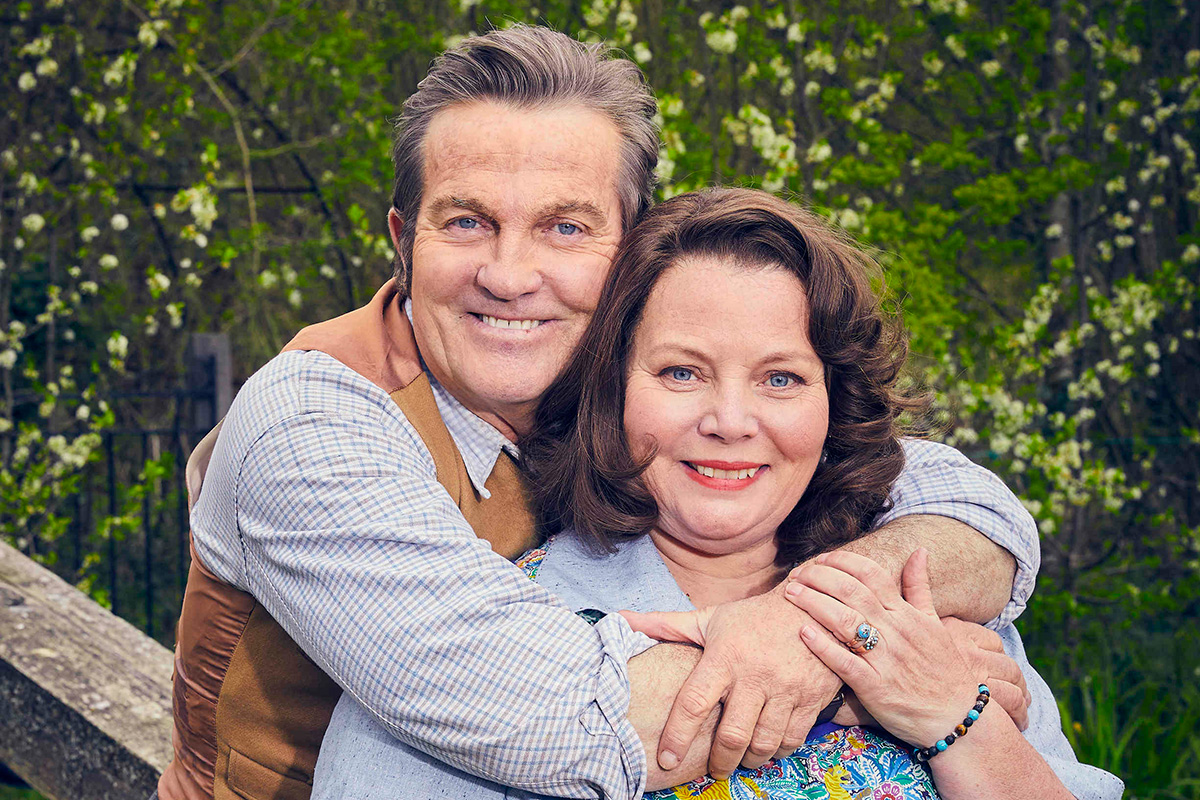 The upcoming ITV drama will be back for a festive special!

The stars of ITV’s The Larkins have confirmed that the upcoming drama will be back for a Christmas special after the first series has aired.

Speaking at a Q&A for ITV’s adaptation of The Darling Buds of May, Joanna Scanlan, who plays Ma, teased the show’s festive episode.

I will not say a word specifically but there are lots of twists and turns it it. It genuinely does remind you what Christmas is about – what it really is about – as well as giving you, of course, I hope a lot of laughs and pleasure on the way. B it’s got a twist, to say the least of it. ”

Bridgerton‘s Sabrina Bartlett, who stars a Mariette Larkin in The Larkins, added: “I’m definitely very excited and it’s so great to be back working with everybody again – wonderful, eccentric, mad village. It’s just so much fun; I’m very excited.”

Based on H.E. Bates’s 1958 novel The Darling Buds of May and written by The Durrells creator Simon Nye, The Larkins follows the titular working class family as they navigate life in 1950’s Kent.