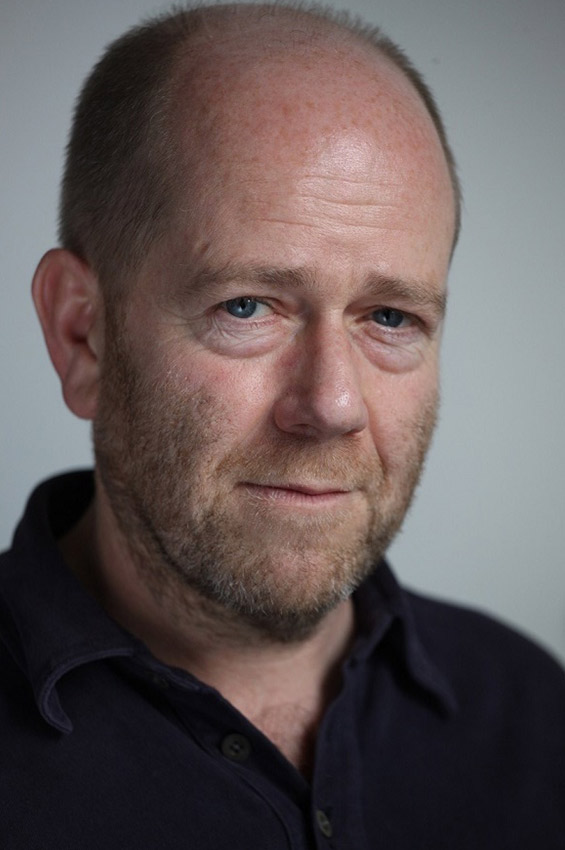 SIMON NYE has had a wide-ranging writing career encompassing translating, novels, theatre, sitcoms, drama, adaptations, animation and film. He only draws the line at video game writing. But his focus has always been returning comedy and drama with a broad appeal. Genial Productions is a thrilling opportunity to exploit 30 years of knowledge and harness it to make memorable television.

Simon translated books before turning in his late 20s to fiction. He first wrote for TV in 1990, adapting his first novel Men Behaving Badly into a situation comedy. It won many awards and was the most-repeated comedy show of the 1990s.

Simon’s drama series Frank Stubbs Promotes, starring Timothy Spall as a low-life wheeler-dealer, was based on his second novel Wideboy. The sitcom Is It Legal? followed in 1995-8 and won best ITV Sitcom at the British Comedy Awards. True Love, a one-hour romcom produced by Granada morphed into three series of My Wonderful Life, on which Simon and Sophie brought in other writers.

The critically-acclaimed How Do You Want Me? on BBC2 ran alongside four ITV pantomimes, proving if nothing else that Simon loves a dumb joke when he’s not attempting the nuanced relationship stuff. In 1998 he had a series running on all four main terrestrial channels, plus the US Men behaving Badly on NBC.

Over the years Simon has had stints in Los Angeles with his family, reformatting UK shows, writing on Aardman/Dreamworks movie Flushed Away, escaping the British winter, and learning from the strengths of American TV.

The next decade continued with TV films The Railway Children, Pollyanna, Tunnel Of Love, Open Wide, Catwalk Dogs, and My Family & Other Animals. But Simon’s priority was still comedy with the series Beast set in a veterinary practice, family sitcom The Savages, Wild West with Dawn French, Bafta-nominated Hardware, Carrie & Barry, and a revival of Reggie Perrin.

In recent years he has refocused his attention on drama, winning a Bafta for his series Just William, writing an episode of Doctor Who because his children insisted, and ITV biopic Tommy Cooper: Not Like That, Like This. Most recently Simon has written and exec-produced all 20 episodes of The Durrells. He has a number of pilot scripts waiting for decisions from broadcasters, but is most looking forward to ploughing his energy into this new enterprise alongside Sophie Clarke-Jervoise.